Yesterday I discovered a great website for the Chrome plugin Stylebot where users can upload their CSS changes of popular websites for others to use and comment on. I think this is a really cool idea, and although half of the reworked skins are poor, the other half are really cool. There's a limited amount you can do when you're not able to re-structure any of the code, but I managed to work this out... 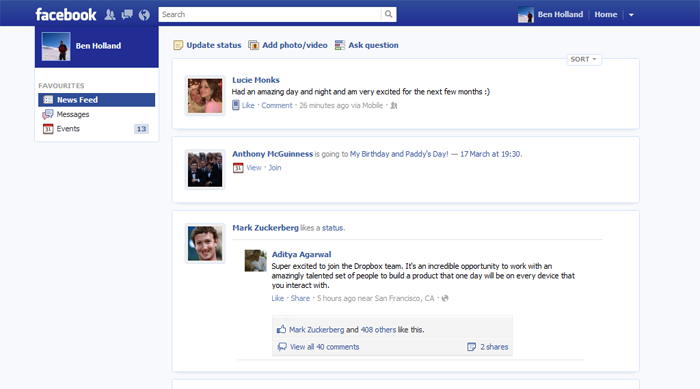 I've messed about with changing styles to websites before, but as soon as I saw that there was a site which allowed users to share their skins, I was determined to make my own. I chose Facebook as there are lots of little things on there that annoy me. For instance, the left columns contains groups I'm in and list's I have created. I don't use these so I've decided the hide most of them and only show when the user hovers.

Note: To uninstall, go to Settings > Tools > Extensions and uninstall from there (although I hope you won't)