Once again Facebook have slyly pushed out another change that people will be seeing instantly. This time, they've been tinkering with the photo viewer. You might think it's only a minor change but with 250 million photos uploaded each day on average, it's one of the most used features of the social networking site. So what have they changed? Let's take a look... 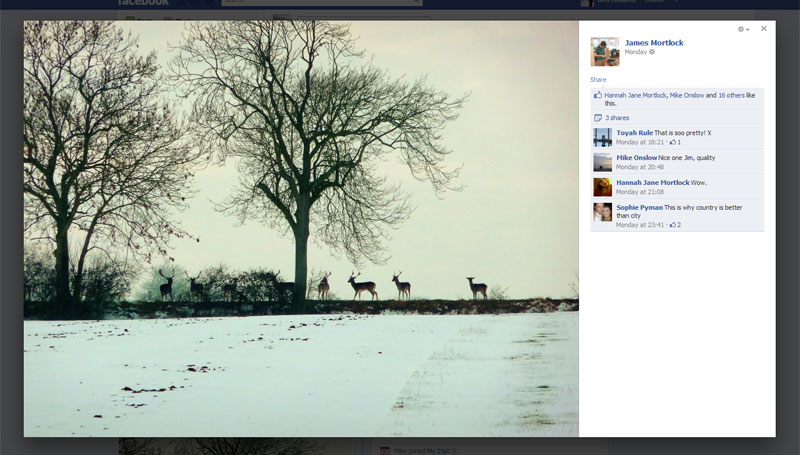 On first thoughts, I really like it. It's a lot better than a white background as it allows the image to become the main focus. Keeping the picture's information on the right was a smart move as it doesn't distrupt the aspect ratio and means you haven't got to scroll down to view what people have said about it. But I can't shake the feeling I've seen this somewhere?? Oh wait, that's right, Google+ have a similar photo viewer!! 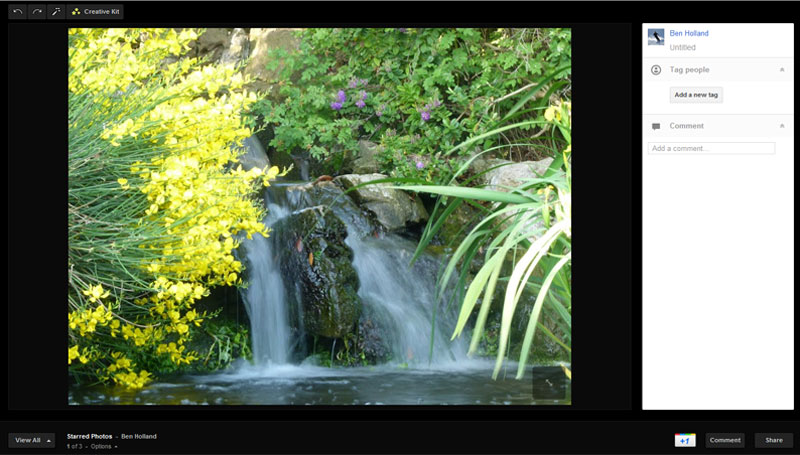 It's becoming standard for this behaviour, and I don't blame Facebook, Google+ have created an amazing photo viewer (it even comes with AutoFix and enhancement functionality, something Facebook is rumoured to be working on). But ignoring the similarity between the two, Facebook have definitely done well to improve their own photo viewer. It even has some element of responsive design to prevent you scrolling around the place on smaller screens. Nice job.